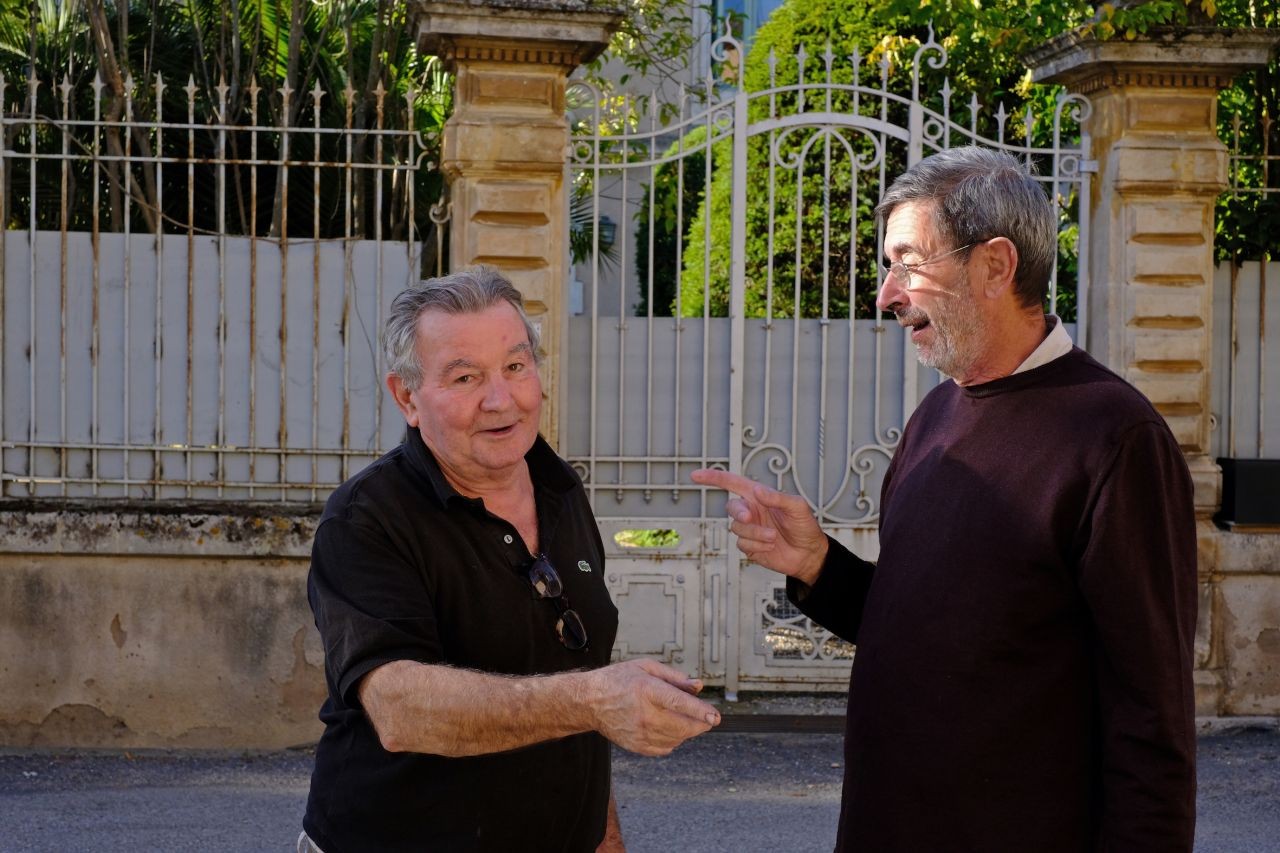 When you see the fine portrait of Romain Pauc, custodian of Château La Voulte-Gasparets, in the cellar door shop, it isn’t hard to imagine that Patrick Reverdy is the direct descendant of the proud, moustache-clad figure who gave Gasparet’s wines their lustre at the turn of the 20th century. He himself is amused by the added confusion stemming from the entwined initials on the mosaic in the hallway of the family home. After all, RP/PR seem like one and the same.

But Patrick Reverdy has not forgotten that just like his father-in-law, Jacques Bergès, who was an electrician in Toulouse before marrying Romain Pauc’s daughter in 1944 in Gasparets where he had come to harvest the grapes, he too is an outsider. “I was born in 1951 in Peyriac-Minervois and I was repairing bodywork on cars in Fabrezan when I married Maïté Bergès in 1974. My father-in-law suggested I came to work on the estate. I said: I’ll come for a year. If I get a feel for it, I’ll stay. There were already 50 hectares. I learnt as I went along”.

At that time, the estate’s wines were sold wholesale. “I decided to stay but it soon struck me that if we continued that way, with our low yields, fermenting crushed grapes with the stems still on, we were doomed. My mentors, Georges Bertrand and Marc Dubernet, gave me their support. In 1976, I sold 3,000 bottles. By 1978, we were using whole cluster fermentation for the entire crop. At the very start of the 1980s, we approached wine merchants and won medals. That’s how it all started. Then we created the Romain Pauc label in 1986 with Marc Dubernet. We started with 5,000 bottles, and now produce 38,000 bottles and 2,500 magnums”.

Romain Pauc, half of which still comes from old-vine Carignan and which is the estate’s only AOC Corbières-Boutenac offering, is one of the wines that challenged the certainties of INAO experts at a time when the institute advocated ripping up hundred-year-old vineyards and replacing them with so-called “enhancer” varieties. “Carignan is not a flattering grape variety, but it is the appellation’s backbone. We have stayed loyal to it, and to Grenache, which softens it. Mourvèdre arrived in 1989-90 on the pebble-strewn soils”.

Even recently, Patrick Reverdy bought some old Carignan vineyards. And he’s planting more. The estate now covers 65.5 hectares, including 50 classified as AOC Corbières-Boutenac. “I feel a great sense of satisfaction. Laurent, my son, and I have really improved quality. Paul, my grandson, will be the 7th generation on the estate. I’m going to be leaving them with a property in good condition”.