The age of exploration

Although carbonic maceration continues to prevail in the Boutenac area, particularly for Carignan, a lot of winemakers seek to stand out from the crowd. They are pushing the boundaries, and technical choices are becoming more varied. We take a tour of the wineries... 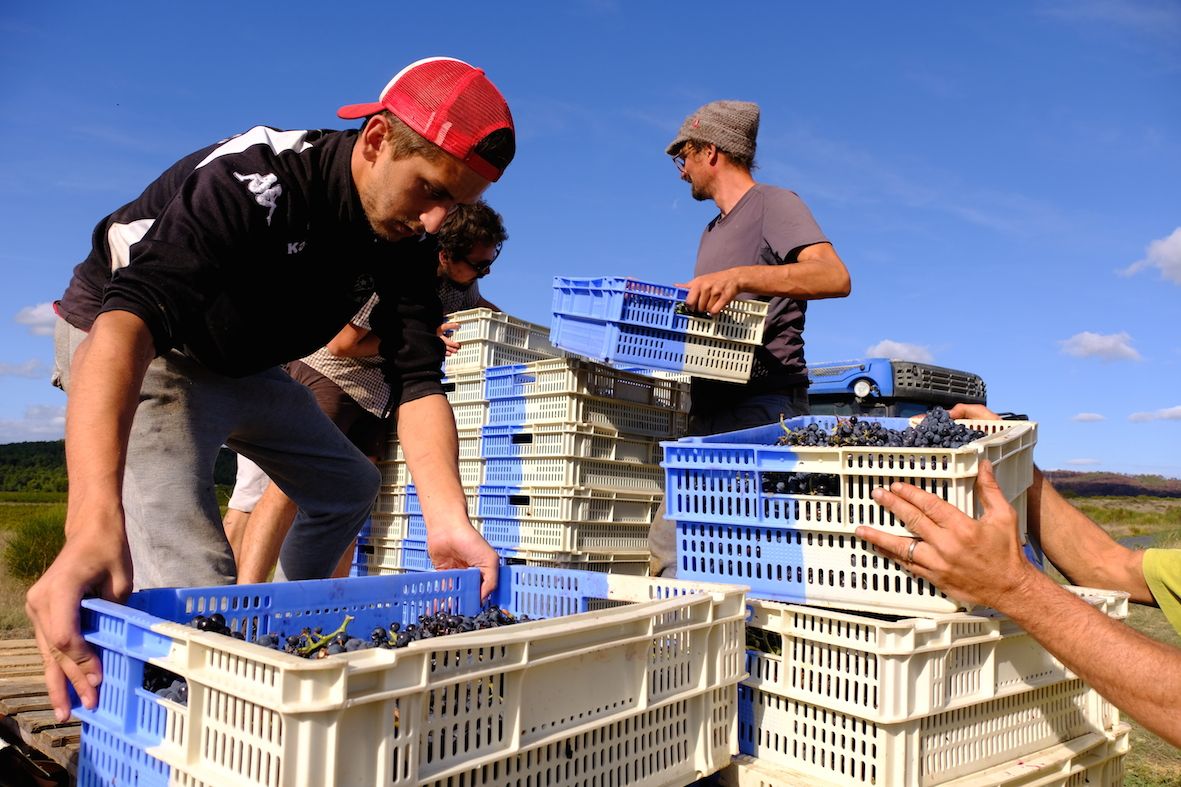 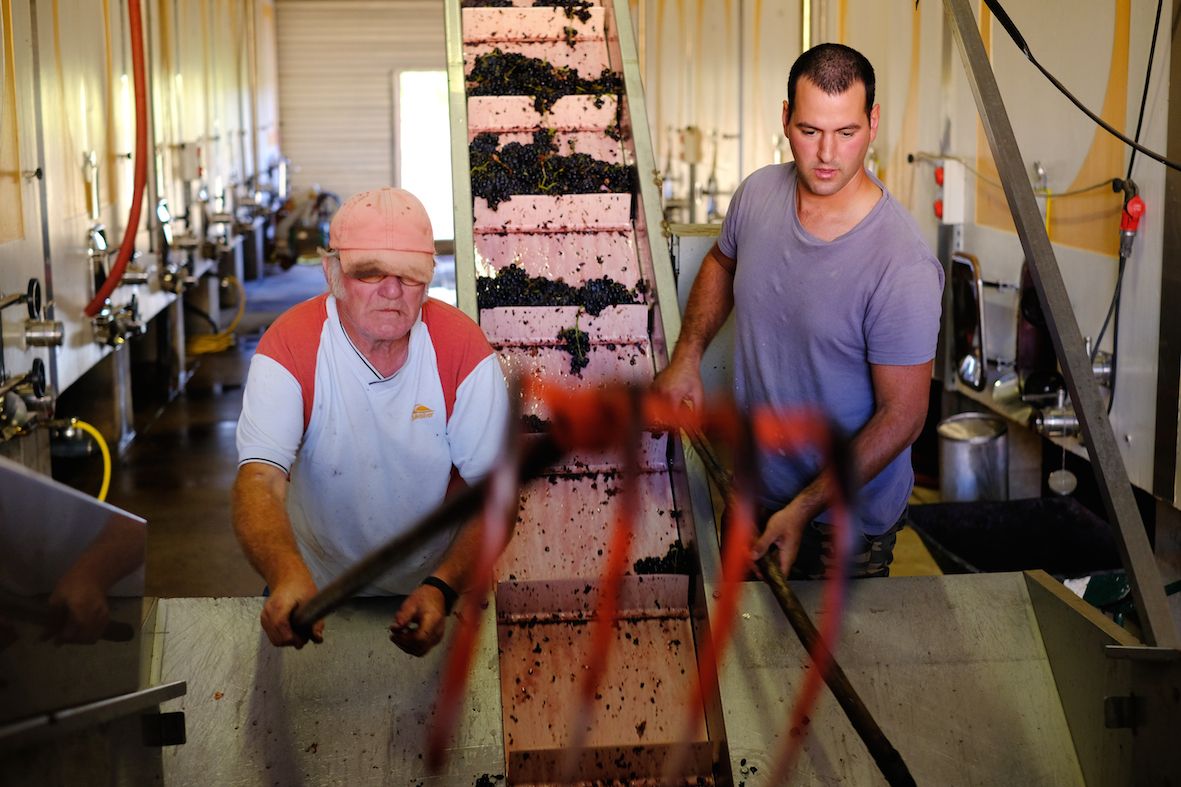 Since the outset, their reputation has very much been based on a predominant proportion of old-vine Carignans fermented using carbonic maceration, but are Boutenac wines undergoing a silent revolution behind winery doors? The subtle diversification in styles and therefore nuances in terms of sense of place exuded by the wines would tend to intimate so. Fortunately, winegrowers are generous when it comes to sharing secrets about the experiments that virtually all of them are carrying out. This is a sign of the vitality of an appellation that is not resting on its – young – laurels.
Make no mistake – carbonic maceration is still the norm in Boutenac. At least for Carignan. This is true at Château de Villemajou, the flagship property in the Gérard Bertrand armada that undeniably spearheads the appellation.
“A Carignan fermented using carbonic maceration will always be superior”, claims winemaker Marc Dubernet who has had a decisive influence on Boutenac. At Château La Voulte Gasparets, one of the growth’s iconic estates, Patrick Reverdy concurs: “I made my first tank of Carignan using carbonic maceration with Marc Dubernet in 1975. We produced softer tannins and more expressive aromas. From then on, we developed it and extended it to all grape varieties. La Voulte Gasparets’ reputation is based on this type of wine. For the Romain Pauc label, we increased concentration by selecting the oldest Carignan and Grenache vines. We harvest 65 hectares by hand!”


To destem or not to destem

Carbonic maceration, which promotes palatability in the wines, has remained the technique of choice amongst most winemakers. The example of Ghislain Calvel, however, seems fairly representative of the ongoing soul-searching. A staunch advocate of carbonic maceration for Carignan and Syrah, which he has no hesitation about leaving to soak for over twenty days – “Using carbonic maceration, Syrah is an atomic bomb!” – the Saint-André-de-Roquelongue winegrower has nevertheless acquired a destemmer. “After trials, we only destem the Grenache”, he admits. And the Mourvèdre: “After destemming for two years, we have reached amazing results, it’s more refined”.
Over the past few years, people have been pushing the boundaries and increasingly circumventing conventions. 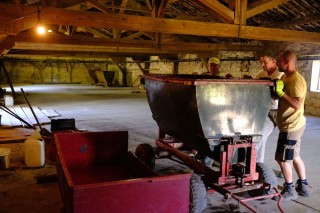 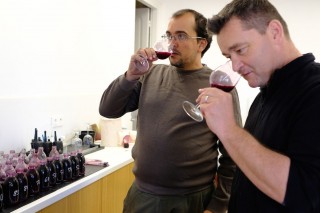 Some ascribe the changes to a search for structure and tension in the wines against a backdrop of global warming, but also to sensitive vineyard management. ““Carbo” was designed to promote under ripe 11-12° Carignans. Nowadays, they reach 14-15° and there is less incentive to use this style of winemaking with ultra-ripe grapes”, offers Jean-Marc Reulet of Domaine Hauterive-le-Haut by way of an explanation.
“Carignan shows really well with “carbo”. In top vintages, it ranks above all the others”, believes Pierre Bories at Château Les Ollieux-Romanis. “But it has one shortcoming: it lacks structure. That is the challenge today – using extraction to improve structure, whilst avoiding heaviness or the lushness of the 2000s. With carbonic maceration for all the grape varieties, you get dominant opulence, without the tannin structure to add tension to the wines”.

The quest for structure

To resolve this tricky equation, some growers have made some slight changes to carbonic maceration. They take a chance by extending soak time beyond the sacrosanct twelve days, or by bringing fermentation temperatures down to under 30° or even introducing pumping over at the end of soaking. “This is hazardous unless you have very hardened stems, which only occurs in one in three vintages”, comments Pierre Bories. “Otherwise, it produces greenness, astringency and bitterness, which is problematic even if nowadays some sommeliers and journalists do like a little bitterness on the finish”.
After running off the tank, Cédric Bruel, director of Celliers d’Orfée, innovates by leaving the pomace cap to crush itself overnight in the tank.
“We rack the tank the following day, collect the free-run juice which we call ‘heaven’ and will continue to ferment in casks. Then we press the rest which can be blended later with the wine from the free-run juice of the previous day. It improves concentration”.
Often, destemming is seen as a solution. Sometimes, carbonic maceration Carignan is blended with other grape varieties fermented after destemming, so that the cap can be punched, soaking can be extended and the tannins can be gently extracted. “Fifteen years ago, all Syrah was fermented using carbonic maceration”, explains Richard Planas, director of Gérard Bertrand estates. “Now we tend to destem an increasing share of the fruit”.
Some growers push the boundaries even further. At Château de Luc, Louis Fabre seems to have reshuffled the cards in his “game”: “We’ve got a fair share of Mourvèdre in our two Boutenac labels and we systematically destem the fruit. For the past two years, I have used whole berry fermentation for the Syrah. Approximately half of the Carignan is fermented using carbonic maceration, the other half destemmed. In the beginning, the carbonic maceration wines show more intense aromatics, but after ageing, I can’t tell the difference. On occasions, I also make some of the very ripe Carignans traditionally, with hardened stems that are not removed”.
“I have done tests with Carignan grown on sandstone soils. “Carbo” produces a more aromatic wine, but we prefer it destemmed. It is very refined and more balanced”, admits Jean-Marc Reulet. “I’m going to try it out on pebbles”.


The need for tension

Other winegrowers have gone all the way and introduced widespread destemming. Eric Virion and Delphine Maymil at Château Maylandie are a case in point. “Everything is destemmed and crushed. We make wines with no sulphites and using non saccharomyces yeast which fills the space, adding roundness and aromatic complexity. Micro-oxygenation, when done deftly, softens the tannins”.
“My father was one of the first to buy a destemmer, on the advice of winemaker Robert Déjean”, explains Frédéric Bousquet at Château Grand Moulin. “For our two Boutenac labels, we bring our late-ripening varieties into play because they impart freshness. We wait until the Mourvèdres are ready before picking the Carignans, we destem all the fruit, blend it in the tank and punch the cap down for three weeks, which is the gentlest form of extraction. We don’t want extreme extraction – the most important aspect is harmony and balance”. 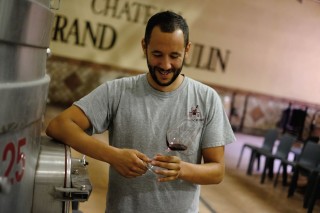 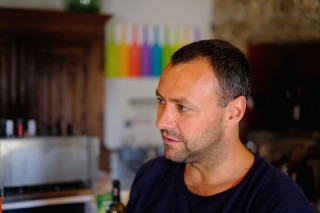 “In Boutenac, the wines are very gratifying and concentrated with fine, silky tannins. The grapes here really ripen”, comment the winemakers at the Déjean laboratory in unison. “All markets need tension and freshness. Carignan adds a lot of acidity and liveliness, particularly if you don’t go overboard on ripeness. With traditional winemaking techniques, extraction is easier to manage than with carbonic maceration – you pump over the cap, obtain gentle extraction in smaller tanks for three weeks to a month on average, at between 25 and 28°C, and sometimes you heat the wine at the end of fermentation to round it out. It reveals the sweetness in the Grenache and loosens up the Carignan. You hold on to the power and concentration but with less caricature”.

A question of style 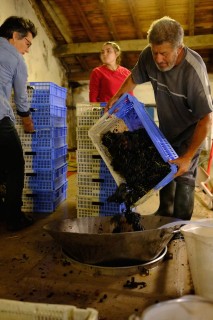 “We are fortunate in our area to have been able to try out loads of different paradigms”, says a delighted Pierre Bories. At Domaine de la Bouysse, Martine Pagès willingly takes risks with her carbonic maceration Carignans, that make up a very significant chunk of her Mazerac label, sometimes leaving them in the tank for three weeks. “We tested some “carbo” Syrah and we were very impressed by its finesse, but it came from our colder vineyards in Fontfroide”. When creating the top-end L’Indécent label, she opted for a blend of Carignan, Grenache and Mourvèdre in equal shares. The fruit was picked by hand, destemmed and fermented in open tanks with daily punching of the cap for a month. “There is impressive palate weight, power and silkiness that you don’t get with carbonic maceration, although blending in Grenache and Mourvèdre slightly skews the comparison”.
So what if, ultimately, it was all a question of style? At Château de Caraguilhes, with a helping hand from Matthieu Dubernet, Etienne Besancenot and Emmanuelle Tant have designed technical approaches that lend very distinctive characters to their three Boutenac labels. Two-thirds of their Solus is fermented using carbonic maceration, including some of the Syrah. “With Syrah, the difference is very noticeable”, points out Etienne Besancenot. “When the fruit is destemmed, it offers up black fruits, depth and a smoky edge; with carbonic maceration, the wine is fatter, more mouth-filling and seductive with slight herbal aromas. It is more obvious, slightly tiring, but nevertheless a component of the blend”. In a very different style, Trou de l’Ermite focuses on destemming: “Grenache adds volume on the attack, and power. As does the macerated Syrah. The destemmed Carignan and Syrah are there to lead balance towards more freshness and length”. Last comes L’Echappée Belle: “By blending Mourvèdre and Carignan in the tank, we are aiming to produce an age-worthy wine. The slightly more vibrant tannins are the wine’s real backbone. This is a wine that sees no oak – it is matured for two years in the bottle before being released. Pure vintage expression is what we are aiming for”.

All these variations tested by winemakers produce a remarkable array of wines which showcase both the sensitivity of their interpreters and the subtle nuances of this complex terroir. The climatic variations of each vintage, with their differing effects depending on the grape variety, also have an influence on the choice of techniques. And the exploration is only just getting started.

click here to read the PDF version of the article