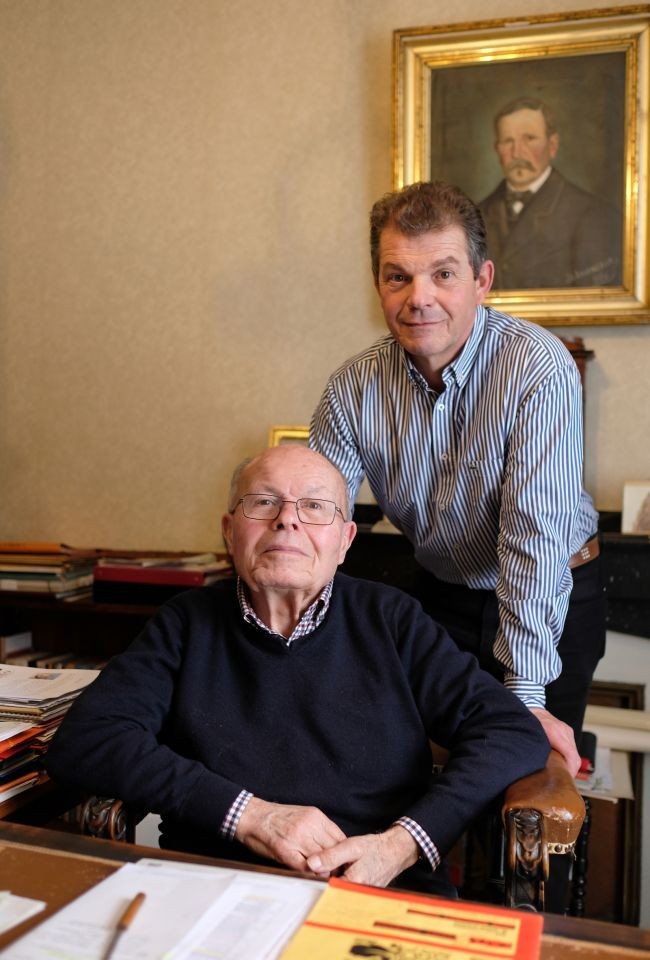 Tasked with managing the 35 hectares of family-owned vines in Boutenac, as well as owning Domaine de Fontsainte since 1969, Yves Laboucarié has played a decisive role in the emergence of Cru Boutenac. He is its “living memory”, and an effusive one: “Mechanisation started in the vineyards in the mid-1950s but I started working on the estate when horses were reaching the end of their era. I can still remember Mr Clady, the vet in Lézignan, with his black jacket and gloves on, tending to the animals at arms’ length – the farrier would lift up the hooves!”

“I started bottling the wines in 1964, even before I bought Fontsainte. At that time, Nicolas sold Corbières under the Chaintreuil brand, without stating its provenance. It was certainly an uphill battle!” In 1967, Yves Laboucarié was one of a clutch of men who established the agricultural interest company Val d’Orbieu to develop direct sales. The 1973 vintage of Fontsainte entered the cellars of the Elysée presidential palace. But the real turning point came in 1981, through exports. “Kermit Lynch, the great Californian importer, turned up at the winery in November. He got me talking all afternoon. Then we went to try barrel samples of the 1980 Demoiselle label, named after a 5.8-hectare vineyard. As he left, Kermit Lynch said he would return the following day to place an order. He arrived much later than expected and apologised. He was determined to see the Demoiselle and, like inspector Colombo, had found it by asking some local vineyard workers. It was not so much a budding damsel as an ageing matron, but nevertheless a sound mind in a sound body. Some of the grape varieties dated back to 1905, mostly Carignan, with a favourable aspect facing the rising sun, sheltered from the Cers wind… Kermit Lynch is still the exclusive importer of our wines for the American market”.
In 1985, the Corbières wine region was recognised as an appellation. “A few ambitious winegrowers wanted to dig deeper, taking a leaf out of the Alsace Grand Cru book. But the Corbières producers’ organisation then tried to divide the appellation into six or seven vineyard sites, with Boutenac incorporated into the Lézignan area. I didn’t agree. Geologically, the two are very different. Ultimately, we hived off a completely separate vineyard site and called it Boutenac. The focal point is the Pinède hill range and Boutenac is set right in its midst. It is also the only village where there was no co-operative, it is surrounded by estates like Villemajou, La Voulte-Gasparets, Sainte-Lucie and Fontsainte. But that didn’t stop the chairmen of co-operative wineries in the surrounding area from supporting us”.

After learning the ropes with Georges Bertrand, Bruno Laboucarié took over from his father in 1995. “He put his foot on the ladder”, comments Yves Laboucarié, “and is now on the top rung”. Bruno keeps more of a low profile, but he has nevertheless taken on the mantle at the estate, confidently making significant changes to vineyard management and winery techniques, and launching Clos du Centurion under the Corbières-Boutenac appellation. “Fontsainte today”, he says, “covers 60 hectares of bearing vines and sells 90% of its wines abroad with long-standing customers in the United States and Germany, and sales to China for the past ten years”.