THE SEAMLESS DIALOGUE BETWEEN WINE AND OAK

Ruling the roost at Château de Villemajou, traditional Bordeaux barrels are generally very popular among Boutenac winegrowers. But that doesn’t mean one size fits all. We unlock some winery secrets…

Is Corbières-Boutenac matured in the same way as other wines? Are there specific techniques designed to suit the terroir, the high percentage of Carignan and the varietal blends? The appellation’s statutes, which simply stipulate that Corbières-Boutenac wines cannot be released for sale before 31 December of the year following the year of harvest, leaves the issue open for debate. Theoretically, barrel maturation is not mandatory but in practice, what is the tack taken by winegrowers?

The issue was raised in the 1970s, when some growers opted for whole-cluster fermentation. In addition to favouring more intense aromatic expression, the objective, from the outset, was to rein in the tannins in the Carignan, whose erstwhile moniker was the ‘harsh vine’.

“We started the maturation process with 40 Nicolas demi-muids supplied to us by Saignes in Narbonne, which had close ties to Nicolas”, recalls Yves Laboucarié, who bought Domaine de Fontsainte in 1969. His friend Georges Bertrand, who purchased Château de Villemajou in 1973, rapidly made the decision to mature his wine in traditional Bordeaux barrels.

Use of the barrels set a precedent. “In 1978, just two years after I sold my first wine in bottles, I used whole-cluster fermentation across the range and conducted my first maturation trials with ten Bordeaux barrels from the Demptos cooperage that Georges Bertrand gave me”, recounts Patrick Reverdy, owner of Château La Voulte-Gasparets. “Subsequently, I tested other suppliers, but I always preferred wines aged in Demptos barrels”. Romain Pauc, the estate's flagship label (38,000 bottles and 2,500 magnums) created in 1986 from the oldest Carignan and Grenache vines, is now entirely matured in 225-litre barrels in the vaulted, Medoc-inspired cellar, where they are stored at a constant temperature of 13°. “But I generally only use a quarter of new wood; I work mostly with second-fill barrels. They are less aggressive for the Carignan and Grenache”. The addition of Mourvèdre and a modicum of Syrah to the blend has not been a game-changer in this respect.

The Villemajou school of thought

At Villemajou, the wines are now matured in the 700-barrel cellar at the château, the appellation’s leading producer and an iconic property in the Gérard Bertrand galaxy, which has been fully restored. “Carignan delivers its finest expression in the Corbières, so it is naturally the mainstay of the estate's wines”, says Gyslain Coux, who oversees winemaking and maturation for Gérard Bertrand estates. This is no mean task when you consider that the group now has a stock of more than 10,000 French oak barrels, a third of which are renewed every year. “We work with a total of fourteen coopers. Every year, after a blind tasting with all our suppliers, we relinquish one and select another. Over the last twenty years, we have conducted a lot of trials to adapt the maturation process to the different vineyard sites. In Boutenac, we favour three cooperages - Taransaud, François Frères / Demptos and TB Tonnellerie”.
The origin of the wood is important. “We play around with different origins - the forests of Allier, Nevers, the Vosges...” adds Charmian Moulin, Gyslain Coux's young assistant. “We have a soft spot for oak from the Jupilles forest in the Sarthe region for its toasted notes”, confesses Coux. “But the toasting often makes all the difference. We prefer medium toast, long toast and lighter toast. We steer clear of heavily toasted barrels that add too many vanilla notes; we are looking for chocolate, coffee and lightly toasted notes instead, because our absolute priority is to preserve the ripe fruit and spice aromas typical of Carignan”.
Also: “We choose lovely grains, but not extra-fine which impart more tannin and require longer maturation”. Whatever the case, 80% of the blend is aged for twelve months in barrels at the end of fermentation, generally in February. “We keep 20% in tanks which can be partially incorporated into the final blend if we feel the need to bolster the fruit”.
The percentage of new wood increases commensurately with the strength and concentration of the wines, from Domaine de Villemajou to La Forge and the ‘Grand Vin’. For La Forge, 80% of the barrels are new and 20% are second-fill barrels, preferably those where white wine has been fermented. The final blend is produced at the end of this one-year phase of wood maturation. “There is no written formula, it varies depending on the vintage and the nuances of each barrel; the final composition is decided when all the barrels are tasted with Gérard Bertrand”.

Just three months after the wines have been transferred to barrels, a tasting of six barrels of La Forge reveals significant differences, even between two barrels from the same cooper: the wines can lean more towards fruit, or alternatively flowers; there can be aromas of white pepper and garrigue typical of Carignan for some; black olive and ripe Syrah for another; more chocolaty or toasted notes, sometimes Havana cigar; varying degrees of silkiness; more assertive roundness and delicacy in some cases and a more upfront tannic structure for others; freshness, sometimes underscored by delicate bitterness, and a salty flavour on the finish... “Over three months, the sensations can be very different”, points out Arnaud Saulnier, the cellar master at Villemajou. You can imagine, after twelve months, the delicate combination of the 44 barrels set aside for La Forge.

Have oak flavours fallen from favour?

Although maturation in Bordeaux barrels is by far the most widespread in Boutenac, some growers are exploring different avenues. Bruno Laboucarié has shaken up conventions at Fontsainte. “In my father's day, the wines were matured in Bordeaux barrels and the trend was for woody flavours – that was what everyone wanted”, he explains. “I wasn’t satisfied. I felt that terroir and varietal characters were being blurred. I also wanted to take on board changing tastes, and lean towards silkier reds”. Changes in the ageing process went hand in hand with a whole raft of modifications in the vineyard and in the winery proposed by winemaker Claude Gros. “For example, by destemming all the Grenache, we have less harshness, fewer herbaceous flavours and softer, fruitier wines. In terms of maturation, I have been experimenting with demi-muids since 1999, and more recently, I have been ageing 60% of my Corbières-Boutenac Clos du Centurion label in two small Boutes tuns, which limits oak influence so that we don't lose authentic sense of place. It hasn't penalised me, demand is steering towards less wood”. 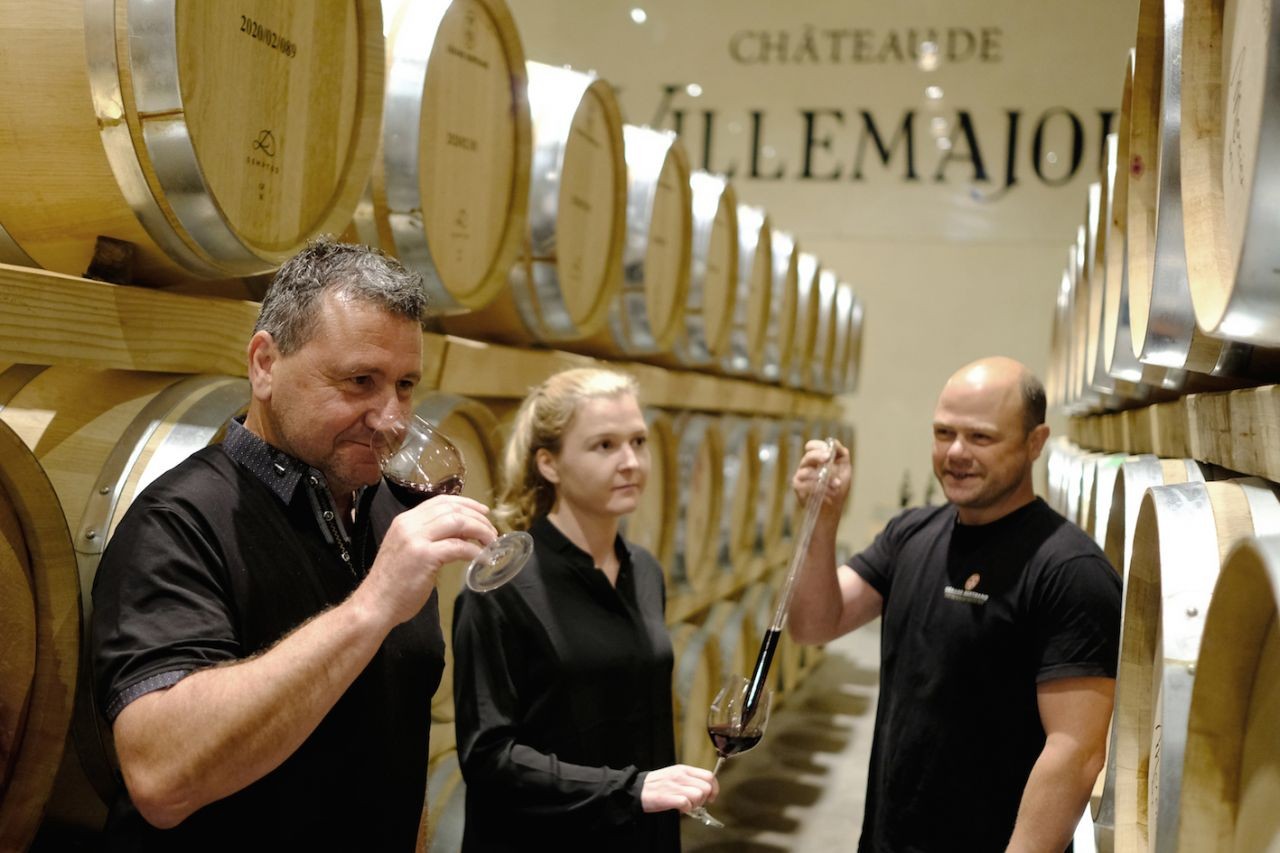 “Consumers continue to love wood and the aromatic profile it lends to the wine”, claims Pierre Bories, owner of Château Ollieux Romanis. In January 2006, just after the appellation was officially recognised, he was the first to market his Corbières-Boutenac Alta Sia label without the slightest hint of wood. “I wanted to launch an unvarnished wine. I bottled it as early as June, to fully retain the fruit. The wine was still very bold, but over time it gained finesse. It needs at least fifteen to twenty months”. The wine made a splash and helped boost the estate’s reputation, but it didn’t stop Bories from increasing his barrel stock: “We sell two thirds of our wines for export”, he explains.
Sticking to hard and fast rules, though, is not an option. “We run a lot of trials. We have half a dozen suppliers, we test the provenance of the wood, the drying, the toasting and the capacities. Currently, we have barrels, a very large percentage of demi-muids and are taking a very close look at tuns... We are also taking an interest in terracotta amphorae. The trend is to lighten the influence of ageing on aromas and maintain well-managed oxidation. We have more supple wines through use of oak. I haven’t got the full overview yet”.
Although some choices are well-established (“The more powerful and concentrated the wines, the greater the use of new wood”), others are still a work in progress: “The Prestige label is matured for one year in barrels; four to five months later, it begins to develop marketing appeal. We are now heading towards fifteen months of maturation, to improve integration of the oak. Ideally, we would like to get to eighteen months”.

At Château de Caraguilhes, over a ten-year period Etienne Besancenot has also explored different types of maturation to firmly establish the style of three wines that make up his novel range. The original tenet, though, remains unchanged. “Concentration and oak maturation are generally associated with a fine wine. Here, concentration comes naturally; the issue is about elegance! In my opinion, the primary purpose of the ageing process is to polish the tannins; I am aiming to give the wines a backbone. We have wines with natural sweetness so the idea is to add some firmness. For example, with Dargaud barrels made from Vosges oak, where the toast is light, fresh and nervy, the resultant wine may seem a little austere at first but we preserve the fruit and structure the wine”.
From that point on, however, approaches diverge. Solus, which combines Carignan, Mourvèdre and Syrah, is 60% aged in barrels, a third of which are new. Le Trou de l'Ermite is only half aged in barrels used for three or four wines. “This is about polishing the wine and each grape variety is matured separately. Ageing proficiency with several grape varieties is challenging. Carignan, for example, which is more acidic, is aged in Mercurey barrels that mitigate its acidity”.
L'Echappée Belle was created in 2011. It is blended from 80% Carignan and 20% Mourvèdre, partly fermented using carbonic maceration with a partly de-stemmed crop, and uses no wood. “It's a crisp, satisfying wine that is matured for six months in tanks and then bottled in April-May. But this does not necessarily make it designed for early drinking. There is a depth to this wine, with the potential to age for ten to fifteen years”, claims Besancenot. Consumers prefer Solus, journalists prefer L'Echappée Belle...”

At Caraguilhes, exploration work will be back on track when the underground cellar currently under construction comes on-stream. “Grenache has a lot of sweetness, which can become excessive under oak; I can easily imagine it matured in amphorae”.
At Ferrals, Xavier Ledogar has already tested concrete amphorae, “but for the Boutenac, it will always be maturation in wood”, he insists. With barrels, my focus is more on the lifespan of the wine, polishing the tannins and aromatic complexity, because of the interaction between the wood and the wine, the micro-oxygenation. I use Burgundy and Bordeaux barrels that have been used for least two wines and ageing generally lasts eighteen months. The 2016 spent two years in barrels and the result is very interesting”. 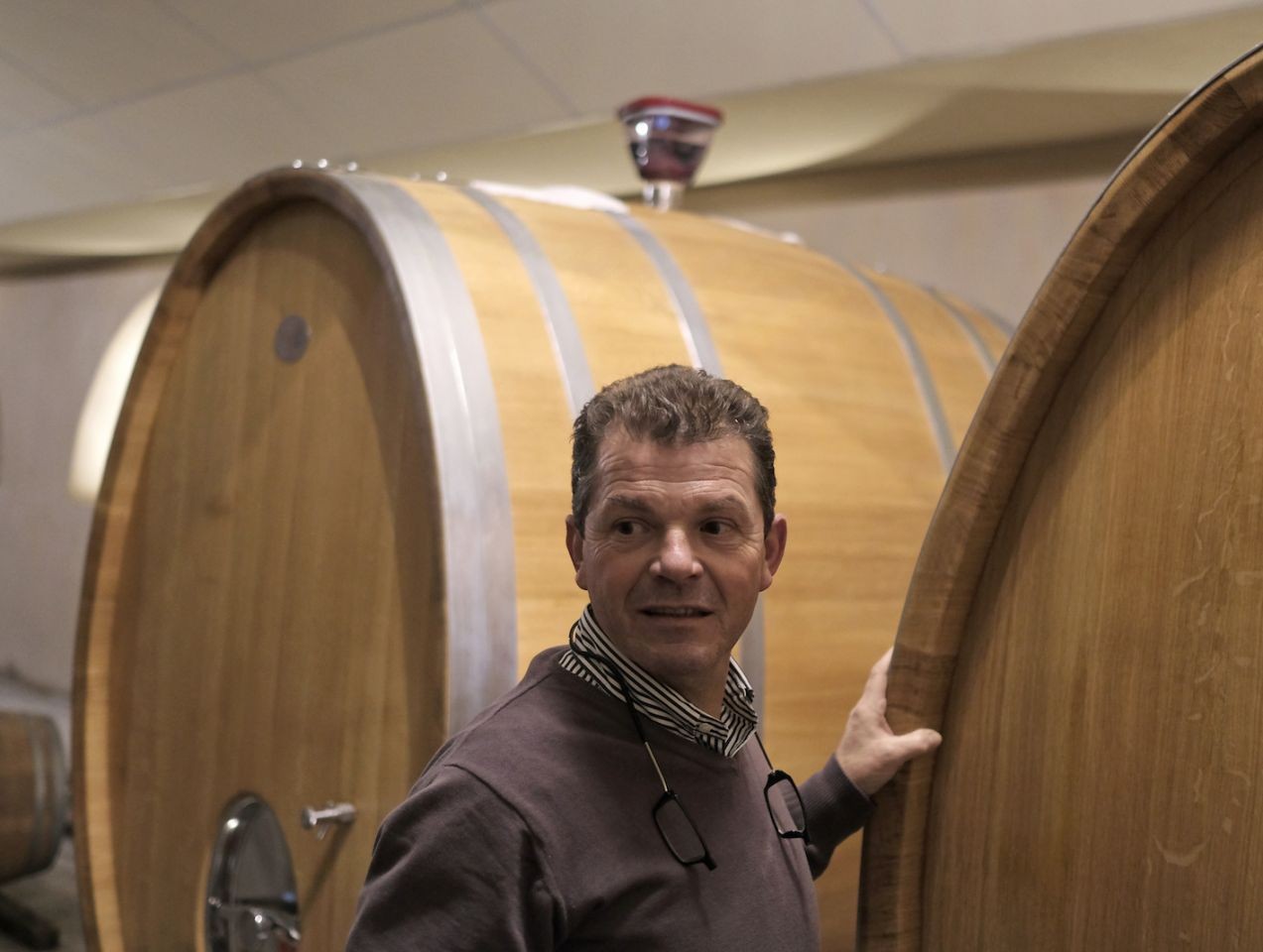 At Château de Luc, the Fabre family settled the matter instantly after a very conclusive trial of Carignan matured in 160-litre terracotta amphorae hand-turned by Aude company Terres d'Autan. From the following vintage (2018), a large chunk of the Carignan for the Fabre Gasparets label and all the Carignan for the premium La Serre label spent a year in amphorae. Ageing in barrels from three coopers (Berger, Raymond and Quintessence) remains unchanged for the Syrah and Mourvèdre.
“Generally speaking, we seek maximum complexity in our blends by playing around with different oak origins, grain and toast nuances”, admits Jeanne Fabre. “In the case of Carignan, barrel ageing tends to bolster the power and concentration of the wine, whereas we want to emphasise the elegance and typicity of Carignan grown in Boutenac. When we tasted the wines, we felt that the amphorae imparted much more freshness and tension. So the choice spoke for itself”.
Basically, when it comes to maturation in Boutenac, there is no room for single-mindedness. Every winegrower has their own interpretation, which makes an introduction to Boutenac and its wines all the more exciting. 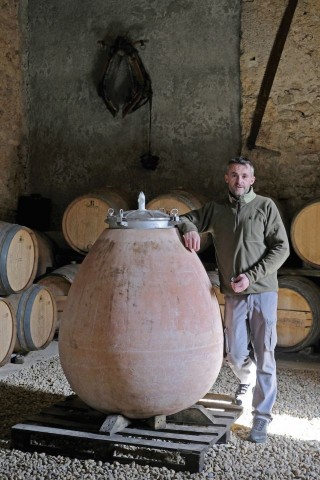 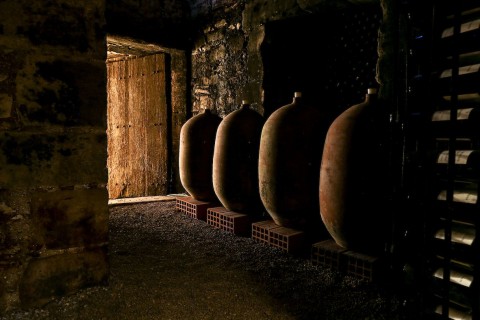